An updated reblog from last year….

It’s already 13th December, and Christmas is coming fast.  Today in Sweden it is Lucia. You may have at some point in your life seen pictures of girls with candles on their heads wearing white dresses – that is Lucia.  While the celebration of Lucia has been around for many years (it is said that the tradition of a white-dressed woman with candles in her hair started in the late 18th century around Lake Vänern), the modern tradition started in 1927 when a Stockholm newspaper had a competition to pick a Lucia to lead a procession.  Other newspapers followed suit, and now nearly every school in every town has a Lucia ceremony of some sort.  The other girls are also dressed in white, and boys join in dressed up as stjärngossar (star boys) in white robes with star-decorated cone hats or as gingerbread boys. 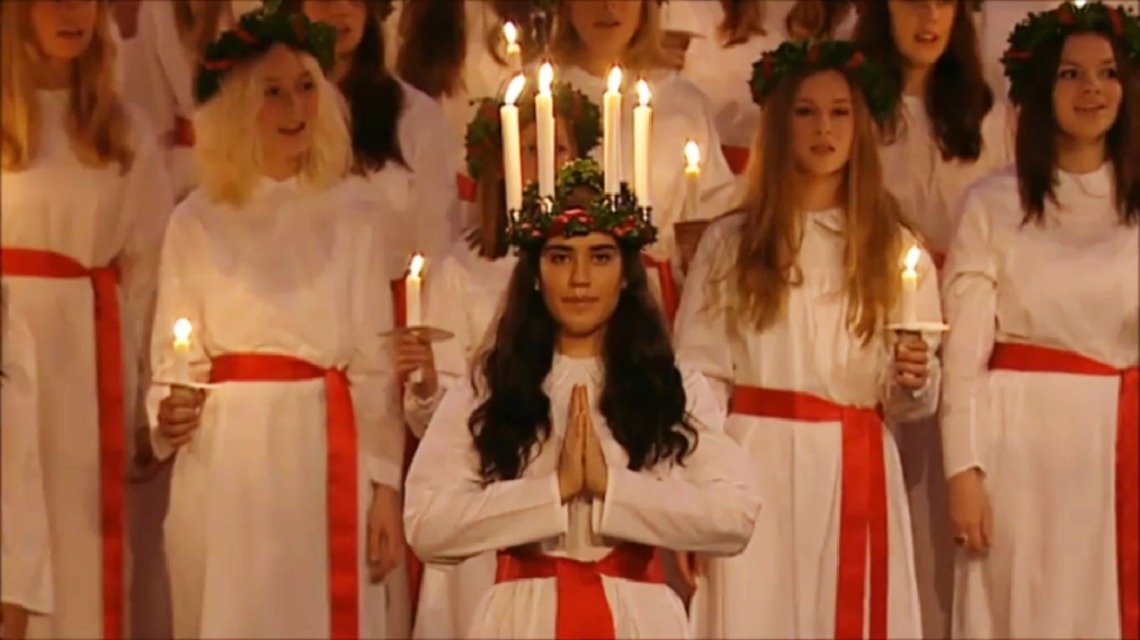 And yes, the song for Lucia is the traditional Neapolitan song, ‘Santa Lucia’.  There are several different versions of Swedish lyrics but the original Swedish lyrics “Natten går tunga fjät” were written around the start of the last century.

This is also the time for lussekatter, little buns made with saffron.  Oh and of course glögg (mulled wine served with raisins and almonds) and those little ginger snaps.

Recipe for lussekatter or saffron buns?  Try this one.