So here we are at the end of another week and time to take a look back at the week’s small pleasures.  The weather has been…well a bit mixed, but with enough sunshine to lift the spirits and gladden the heart.

Yes – I really am obsessed by these right now.  They featured in last week’s Small Pleasures post, and on Instagram, and here they are again.  I swear there is a new plant every day too.  The bees love them, and I just managed to capture one flying towards a plant and then pop inside for a feed. 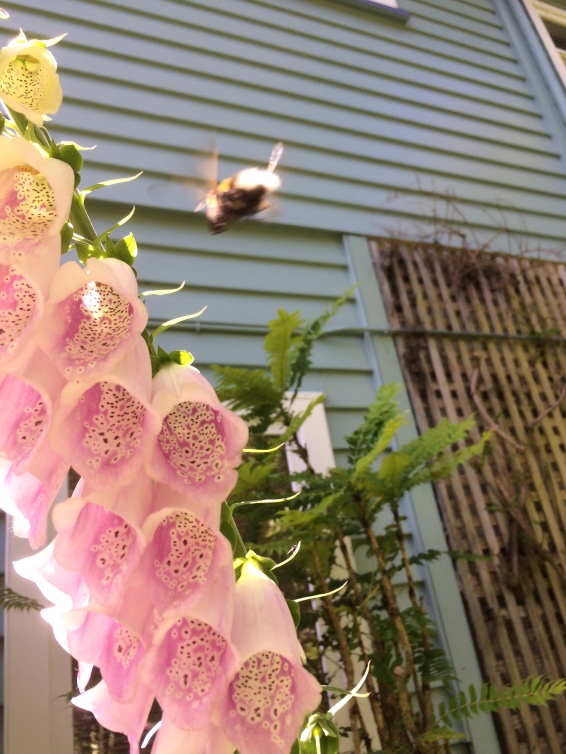 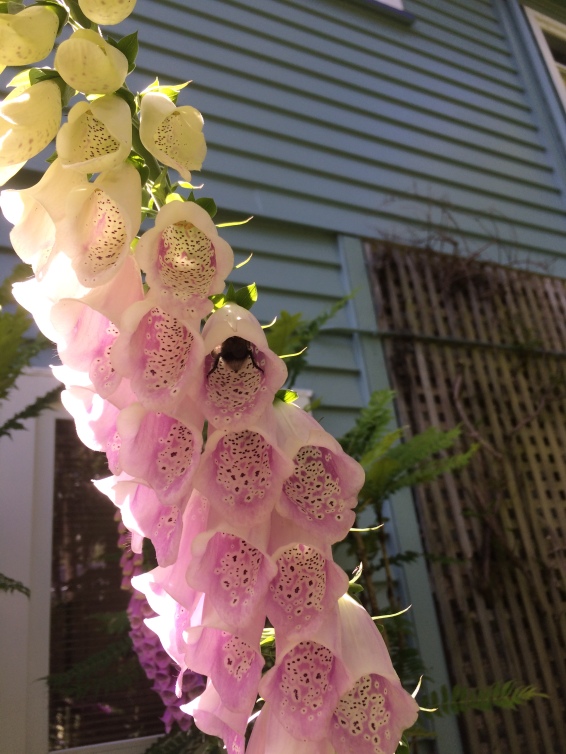 One of the foxgloves has grown so big, it is almost touching one of our ferns, making a spring archway for us to walk under.

Every year since we have been here, Tunnock’s products appear in one of the shops here just before Christmas.  Tunnock’s, in case you don’t know, are an old family owned firm in Scotland producing products such as caramel wafers, snowballs and tea cakes.  The tea cakes even featured as a costume design in the opening of the Commonwealth Games in Glasgow in 2014. Anyway, it was time to stock up on a few things as a Christmas treat.

And still on chocolate…I bought these two little bars from Ocho (Otago Chocolate Company) when in Napier the other week.  Made in Dunedin from chocolate from Papua New Guinea, I loved the small, square shape of the bars. I also liked the fact that the bar on the right below contains local New Zealand ingredients, horopito, a spicy leafed plant and kawakawa, another leafy plant with a peppery taste.

I bought this lemon and mascorpane pastry from Doppio Hungarian Bakery in Thorndon to share – far too big for one person, but oh so delicious that I might well have managed it on my own…….

And I think that’s it for this week. The weather today, Sunday, is rather grey and overcast, so think I’ll just make a pot of tea and retire to the sofa, since the ironing and housework have been done.  Yes, another small pleasure.

Thanks to Mani at A New Life Wandering for the original idea.