I quite often have to travel for work, and today was one of those days where I went to visit an institution in  Nelson.  The flight takes about 25 minutes, so it really was a short trip, both the flight and the length of time I was there.  As part of the visit, we were taken out to the Cawthorn Aquaculture Park, where we were shown a little bit of the facilities.

The area has strict biosecurity guidelines, and after covering my shoes with little blue bags (we didn’t have to change into the white boots), we were taken through to laboratory and teaching areas. 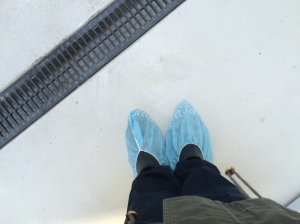 We spent ages in the room with seahorses.  The ones we saw were the large-bellied seahorse, which can be found around New Zealand and south-eastern Australia.  They are such gorgeous and elegant creatures to watch, and were being used to teach about the care of sea creatures.  We were also shown an area where an investigation was being made into the feeding of salmon, though we could only peep in as the fish were not to be disturbed. 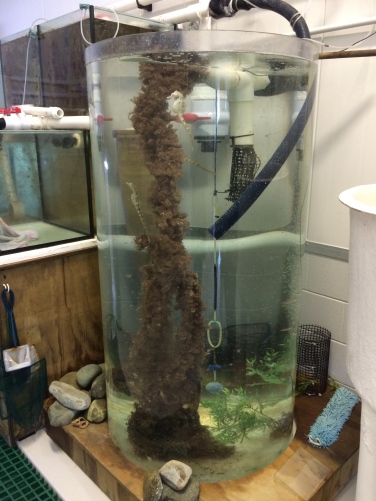 Seahorses and their special vertical tank 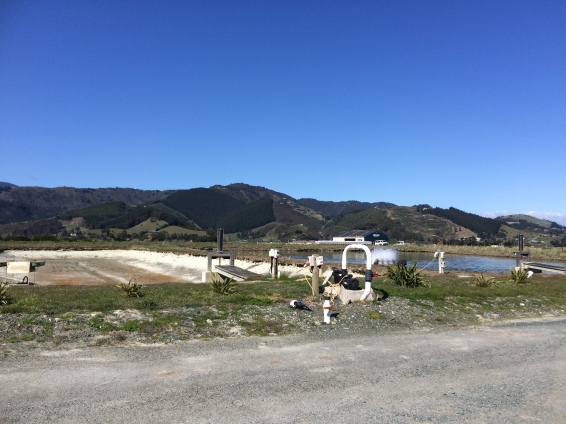 The outside of the area

It was a lovely sunny day, and as we were right next to the Nelson Boulder Bank, we took a drive up there on the way back.  This is an area which is visible off the Nelson coast to the south, and  stretches 13 kilometres into Tasman Bay in the northern South Island. It is composed of pebbles and boulders up to 1.2 metres in diameter.  During northerly storms the boulders are moved south-west along the bank. Nelson is twinned with Miazyu in Japan, which also has a boulder bank or sandbar, 3.6 kilometres long.  The water was so clear, you could see more boulders under the waves.

Looking over the water

And so it was then back to the business of the day, but what a wonderful interlude during a working day.  The featured image at the top is looking the other way over to Abel Tasman National Park.