Here we are again, an end of week round up on this Friday evening of 6 things from this week.  It was one where things were cancelled and rescheduled, a week where I felt tired the whole time until today and one where the news around the globe continues to make me wonder what is going on in 2016.

The weather hasn’t been bad at all for July, and there are already signs that spring is just around the corner. 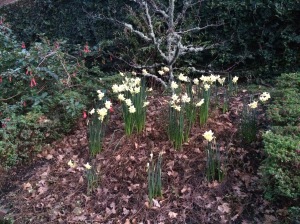 Narcissi in the Botanic Gardens

There have been some amazing skies in the early mornings.  On Tuesday, I managed to capture the Beehive (what the New Zealand parliament building is known as) bathed in the morning light.  The picture below is taken just with my iPhone with no special effects. 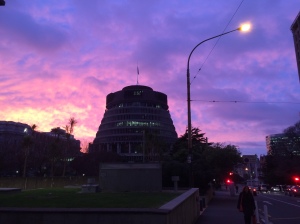 Pilates followed by pizza, reading a book in the hairdresser, talking to the cat.  I need more of these moments, especially time to read. 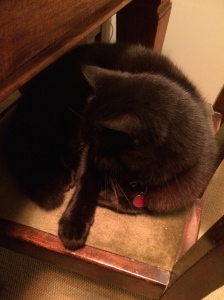 I bought an enamelled cup, bought just because of the lovely contrasting colours.  Not sure what I am going to use it for yet though.  I also bought yet another scarf…as if I don’t have enough already… 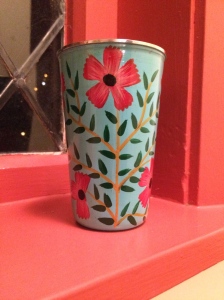 I received a beautiful letter from my great niece, Anna, who lives in Seattle, thanking us for her birthday present (she is six).  It made my week.

I took time this morning to take a small detour to look at the Japanese magnolia in bloom in the Botanic Gardens.  I also picked some lavender and watched the ducks.  It resulted in a whole different mind set to the start of the day. 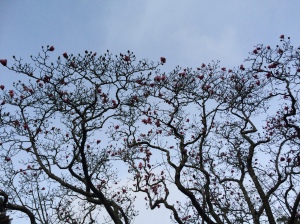